Scout is a loving, obedient and affectionate 14 pound mini goldendoodle.  She's also known as that hilarious girl too. She has some serious personality and doesn't suffer from a bad self-esteem.  She is more than confident!  She loves and craves a schedule and is not afraid to correct her dog friends if they wander from that schedule/routine. She loves to snuggle and have her belly rubbed.  She has her favorite toys and is known to bury and hide them throughout the house but mainly in her kennel.  Her youngest brother loves to find them and Scout doesn't appreciate his 'finding skills'.
She's a joy to be around and clearly loves her life. She loves the snow and hops like a rabbit through it.
Her Mother is Sophie and father is Max.
She comes from long lines of awesome dogs from Goldendoodles Utah.
Hips and elbows-- Cleared through parents
Embark DNA- ​ 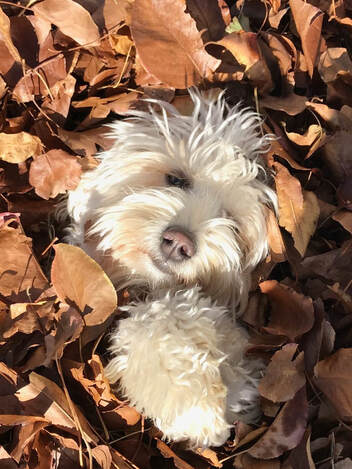