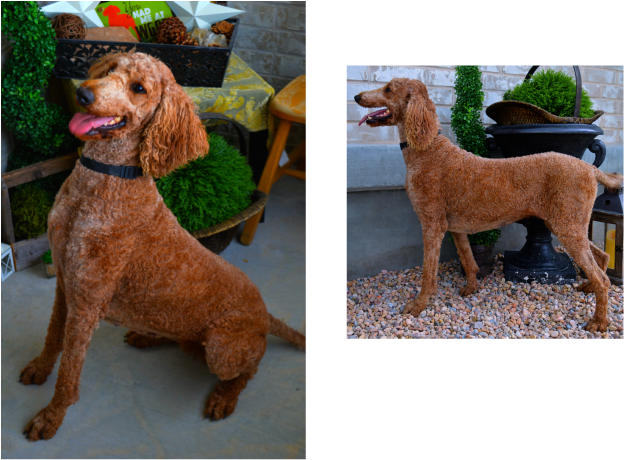 Merida is our 58 lb beautiful deep red standard poodle.  She is registered through AKC and CKC.  Her health testing on hips passed through Penn-Hipp. She is such a happy, healthy girl.  Most poodles will not retrieve and drop at your feet.  Not this girl.  She's very athletic and gets the job done quickly.  She has such a fun and endearing personality.  Everybody enjoys being around her.
Like most red standards....she's weary of strangers at first.  Give her a minute and she'll warm right up.  Esp. if you bust out that tennis ball that you just happened to have in your pocket.  She'll get over herself and be your new BFF.  We love this kid!!
As a puppy....... 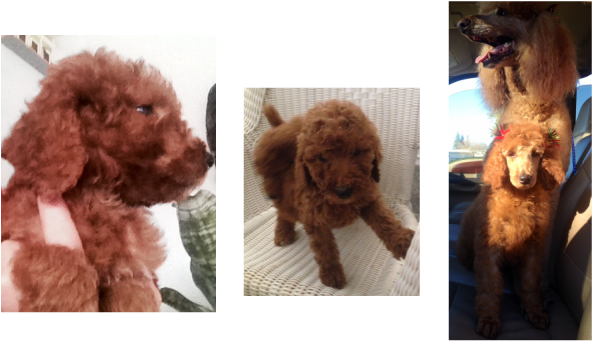 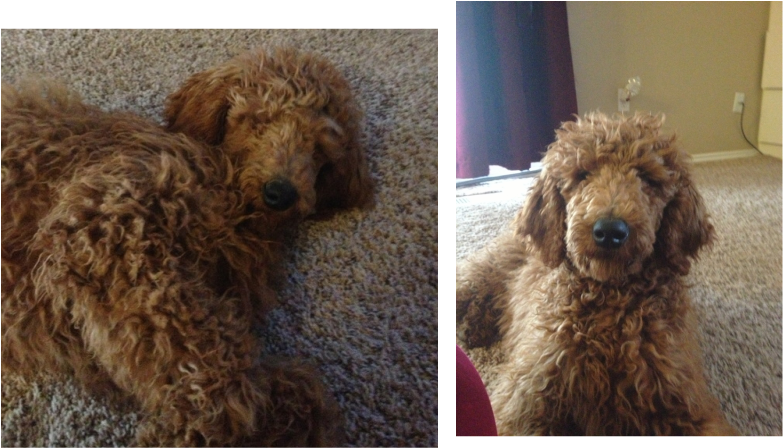