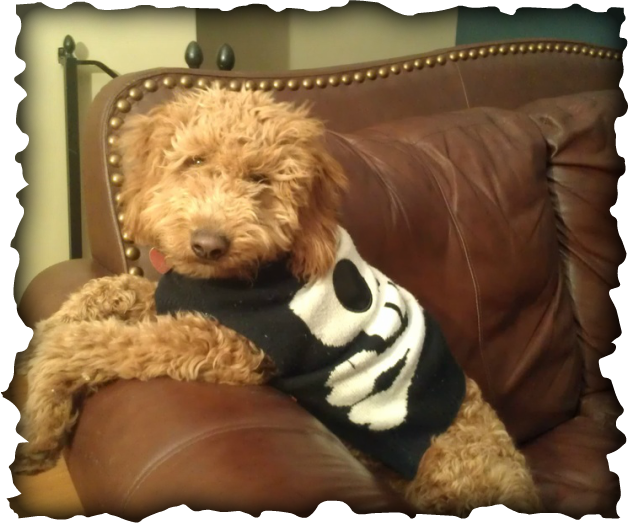 Charlie is our red medium F1 CKC registered Goldendoodle.  He has had and cleared by PENN-Hipp for his hips.  His eyes have been cleared through CERF.  He weighs 35 pounds.  He is a snuggler by nature.  He is very affectionate and loves to lounge around with his guardian family.  He loves to socialize with all dogs, even the large ones.  We have high expectations for this little guy! His mother is an AKC golden retriever and his father is a red/chocolate AKC toy poodle. 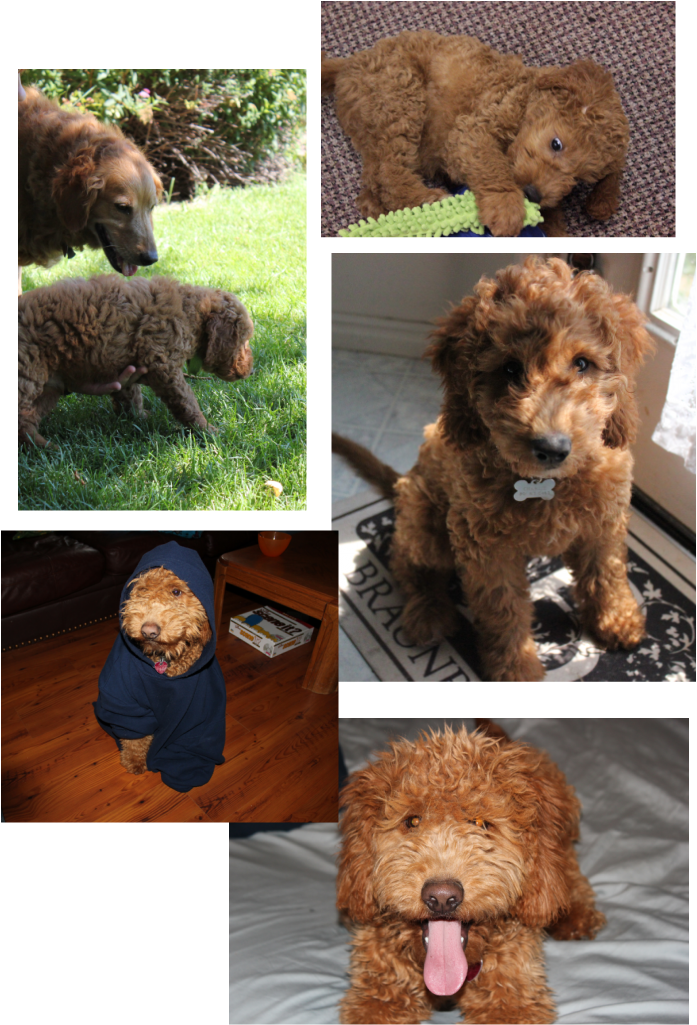